Badwater Basin is an endorheic basin known as the lowest point in North America. Its elevation is 282 ft below sea level.

The name to the area was given thanks to the spring-fed pool of “bad water”, the salt make this water undrinkable. Actually, this water is four times saltier than the water in the ocean. Although, the water in the pool is salt, there is life here. Animals and plants include pickleweed, aquatic insects, saltwort (Salicornia europeae) and the Badwater snails.

This pool next to the road is not the lowest point. This point is located a few miles to the west, but it’s constantly changing the location.

However, it’s is not allowed to walk on these salt deposits, because very often there is only a thin crust. For this reason, decision was taken to mark the lowest point near the pool.

Death Valley is known for its harsh climate, the absolute maximum temperature 134 °F was recorded at the Badwater Basin in 1913. Despite high temperatures the level of humidity is considerably higher than the normal level; this resulted in the formation of the unusual lake. Its salty evaporation created fabulous landscape, covering the ground with the beautiful white salt crust. This landscape attracts lots of tourists and photographers who want to test themselves and explore the beauty of this place.

There is no maintained trail that leads into the salt flats. You will hike one mile from the parking lot and find yourself surrounded by unusual shapes of salt flats. From Badwater basin you can enjoy the view of Telescope Peak – the highest point of the Death Valley.

It’s interesting to know that these Badwater salt flats are part of Death Valley’s greater salt pan, which covers more than 200 square miles. Sodium Chloride, which known as table salt, makes up the majority of salts on Badwater flats, but other evaporative minerals found here include calcite, gypsum, and borax.

From the Furnace Creek Visitor Center, travel south along Highway 178 approximately 19 miles to the Badwater Parking Area located on your right. 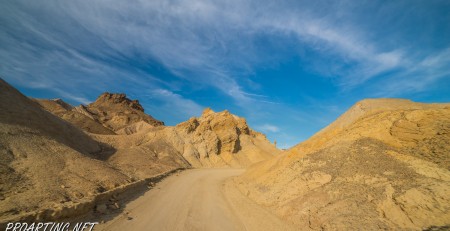 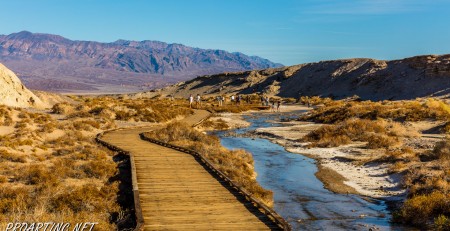 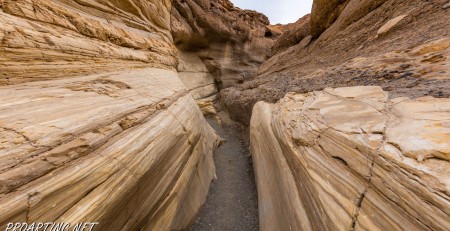 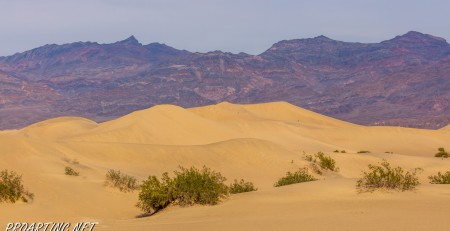 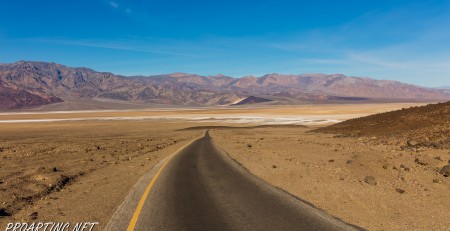