Island in Time Trail – a harkback to the past

Island in Time Trail – a harkback to the past

Blue Basin is an incredible and unparalleled area of John Day Fossil Beds National Monument. At first glance you see only the beauty and unicity of landscape, the enchantment of the colors, but when you look deeper, you understand the whole historical importance of this place. Its paleontological significance cannot be overestimated.

Starting from 1860s, when Thomas Condon first found and understood what secret treasures hides this astounding place (by finding the first fossils here), and until now the slopes of Blue Basin carved by erosion continue revealing step by step the prehistoric life of this area. More than 150 years of study and exploration of this one-of-a-kind basin conducted by numerous universities, institutions and of course by National Park Service discovered thousands of fossils. These fossils, entombed into volcanic ash from the ancestral Cascade Mountains, which throughout all these years turned into claystone and siltstone, allow us to have a sneaky peek at the picture of this area 29 million years ago. Sabertoothed nimravids, oreodonts, three-toed horses, mouse-deer – all these name sound more like characters from a fairy-tale, and it’s hard to believe that these creatures really existed.

There are two ways how you may open the Blue Basin for yourself. The Blue Basin Overlook Trail will take you for quite a long hike (over 3 miles) around the basin, ascending then to its very top thus giving a chance to enjoy the panoramic views of the basin itself and of the territories surrounding it.

The Island in Time Trail is shorter (only 1,3 miles roundtrip) and much more leveled. It has the same trailhead with the Blue Basin Overlook Trail, and actually follows this trail for some time if you decide to take the loop counterclockwise. But then the two trails split (at a distance of approximately 700 ft from the trailhead) and the Island in Time Trail enters into a canyon, taking you to the inside of Blue Basin. The trail runs along the bottom of the canyon allowing the hikers to see the incredible colors and structure of the basin walls in immediate proximity. And what is interesting, the closer you come to the “heart” of the basin, the richer becomes the color of the rock formation.

Following the trail you will cross 13 metal bridges, which are short but have rough surface, that is why the Park Service warns the visitors owning dogs that their four legged friends may not like walking on such surface. 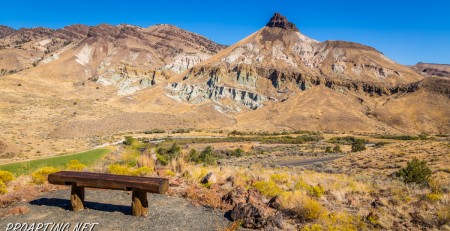 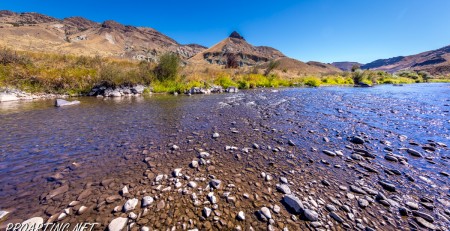 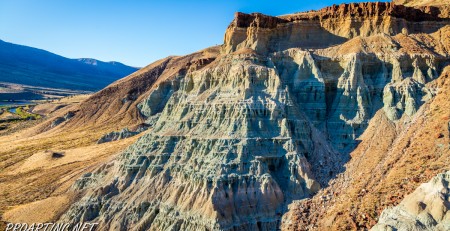 The beauty of Foree Area from the Flood of Fire Trail 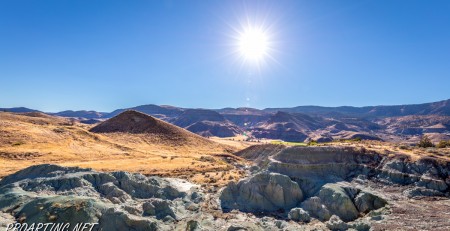 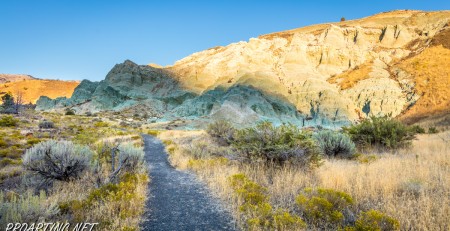