The secret treasure of the Leaf Fossil Trail

The secret treasure of the Leaf Fossil Trail

At first glance the Leaf Fossil Trail (which is also known as the Leaf Hill Trail) may seem the least remarkable out of all trails meandering throughout the Painted Hills Unit. You will not find here the sweeping views or incredible panoramas of undulating, variegated hills of the unit. But this trail has something more important, hidden deep inside – it has the highest paleontological prominence, revealing us the story of the life at this area more than 30 million years ago, allowing us to imagine how the landscape of that era looked like.

The quarter mile loop trail runs around a drab crimson Laurel Hill.
This small hill consists of thin-layered shale deposits. They were formed approximately thirty-three million years ago from the volcanic ash. Lauren Hill is rich in fossilized remnants of plants and starting from 1920’s it was a site for scientific research. Since then the scientists have excavated thousands of diverse leaf fossils, discovered thirty-five plant species. The most abundant among them were impressions of Dawn Redwood, alder, oak, sycamore, beech, elm and maple. From these finds the scientists designed a prehistoric scene of this area. They envision that many millions years ago there was a lake here, encircled by a hardwood forest. They also assume that the climate of that time was moist and temperate.

Of course it’s to believe in the existence of such a different environment when we see the Painted Hills area now. It’s quite hard to imagine dense primeval forest at the currently desert area. Especially when walking along the Leaf Fossil Trail, instead of emerald green trees you may mostly see the western juniper, big sagebrush and bluebunch wheatgrass.

Unfortunately you will not find any fossils along the trail, but there are some specimens shown at the interpretive stands at the Leaf Fossil Trailhead. The fossils from this site are also presented at the various museums all over the world. 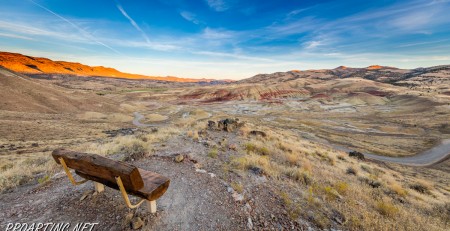 The Best Views of the Painted Hills Overlook Trail 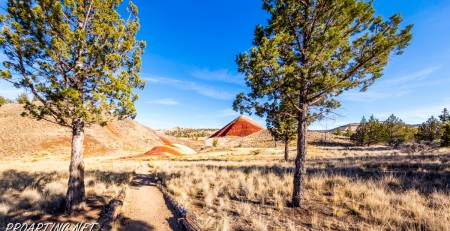 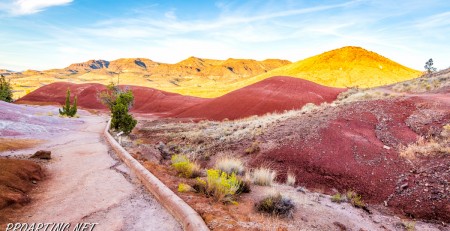 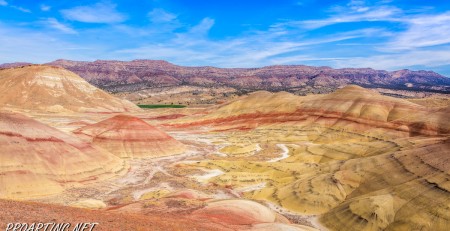 The surreal views of the Carroll Rim Trail